The US-Mexico border has long served as a point of contention yet also as a meeting point; as both a site of transgression as well as a site of legal regulation and containment. Some scholars refer to the border region as a denationalized space that is less regulated; others focus on how borders areas become highly contested, reterritorialized spaces as a result of immigration and trade laws from agreements such as NAFTA, and related processes of border militarization. 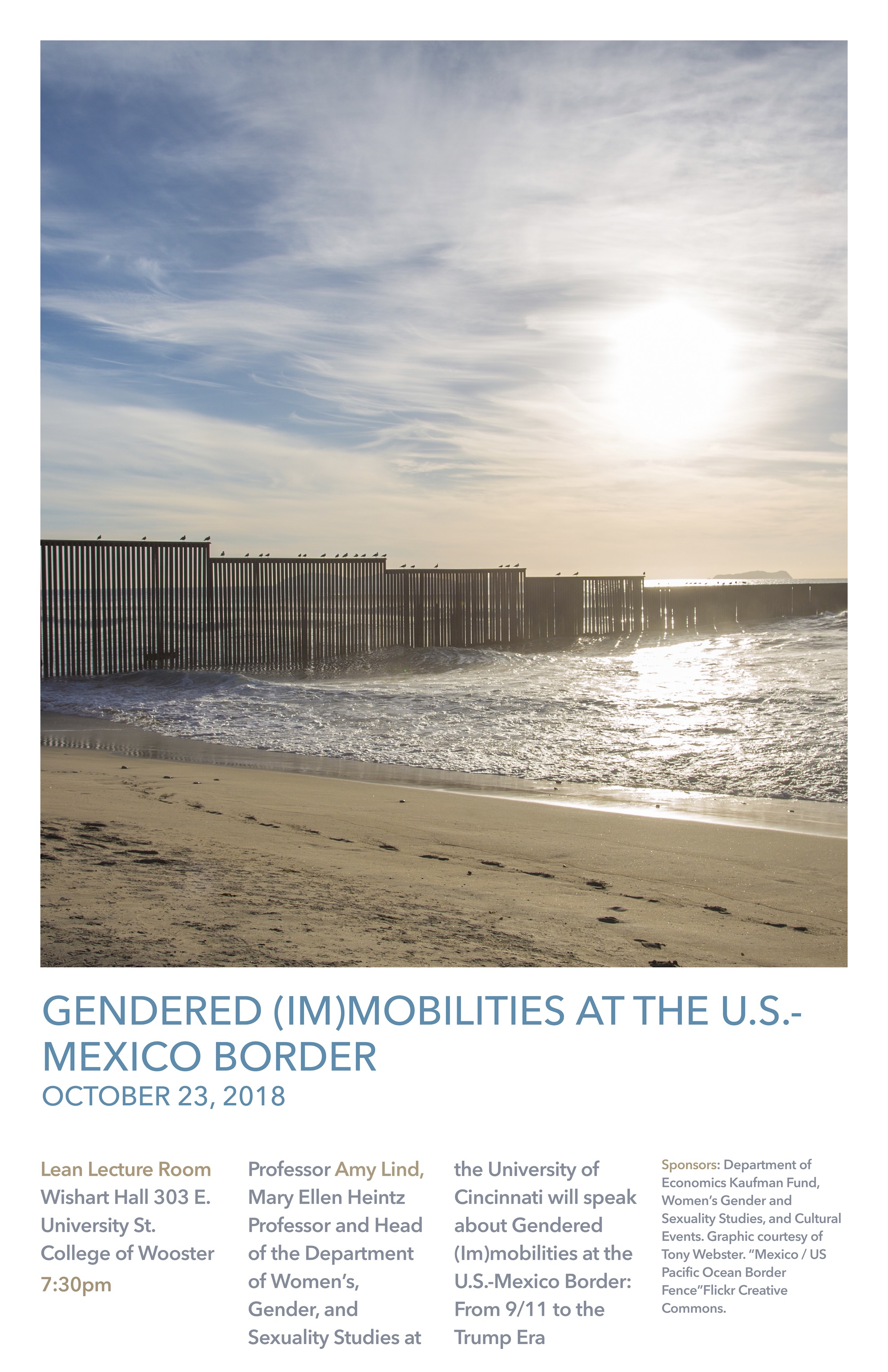 You are invited to a public lecture on “Gendered (Im)mobilities at the U.S.-Mexico Border: From 9/11 to the Trump Era“. The talk will take place on Tuesday October 23rd at 7:30pm in Lean Lecture Room, Wishart Hall 303 E. University St. College of Wooster. The event was live-streamed and an archive is here.

Professor Amy Lind, Mary Ellen Heintz Professor and Head of the Department of Women’s, Gender, and Sexuality Studies at the University of Cincinnati will speak about her most recent book Feminist (Im)mobilities in Fortressing North America. In this discussion Dr. Lind will center poor migrant women’s experiences crossing the border as a way to rescale the discussion. She will take embodied experience into account, and make connections between gender and broader struggles concerning sovereignty, citizenship, national security, and migration.